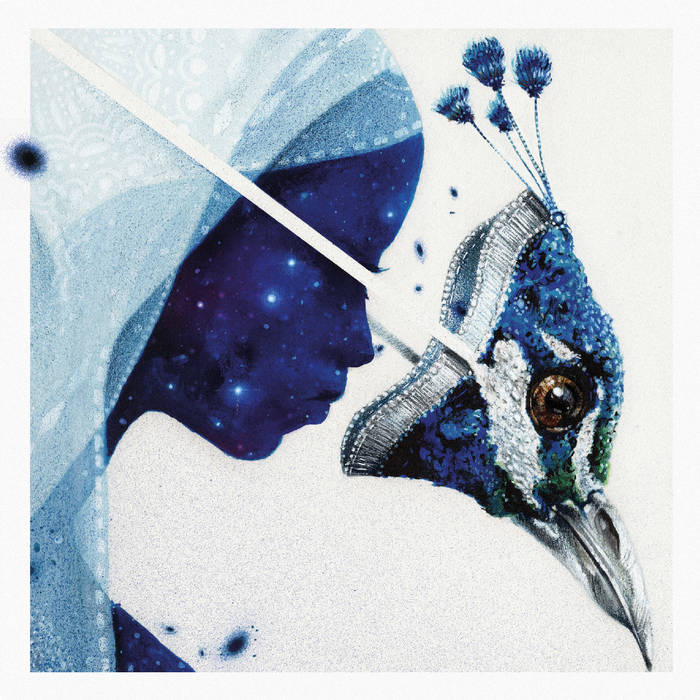 Turntablist and talented beatmaker, Jean du Voyage shares his science with Indian classical music and signs an exceptional EP.
Active since the end of the 90s, Jean du Voyage took a few years before resolving to record his music to freeze on a disc. Beatmaker and talented producer, he won several turntablism tournaments and immersed himself in the study of rhythms and melodies as others do economics or write poetry.
How to sculpt a stream? Does the note contain the rhythm or does it produce it? Can we play the same thing twice without giving two different pieces? His early works sound like exciting studies where we meet dubstep, breakbeat and jazz chill out but also an aspiration to go to see elsewhere if the musical grass has the same taste as here. As a common denominator, one thing is immutable, this idea that music is at least as strong as the one who plays it and will always exceed it by two heads. Jean du Voyage is a mediator musician who connects men to men and sounds to sounds.
It goes east and returns to the country by the Indian way, that of mysticism and ancestral traditions. His first album, Mantra, released in 2016 at Jarring Effects, shows the upheaval experienced by the French in contact with the country-continent. His music stretches to infinity to capture the emotion. It slows down and hybridises, at the same time as it questions its raison d'être. Jean du Voyage has some guests singing to the golden voice and invites the rhythms of Samarkand and Bristol, around a circle of friendly collaborators who divert his inspirations.
The Namaskar EP extends even more radically this Indian experience and famous, on five amazing beaches, the orientalization of electronic music. Partly composed during the stay in residence Rochelaise of V. Soundara Rajan, great player of Saraswathi Veena (a traditional stringed instrument), the EP is as much a disc of Jean du Voyage as the story of a meeting. The Indian and the French play side by side and exchange through their instruments. The Veena cries when the turntables hum. The tone is friendly, warm and gives the comforting feeling of attending a dinner with friends. The Namaskar literally refers to the moment when two people come in contact and honor their respective souls, he gives the keys to an EP that describes almost chronologically the exchange between the two men.
The first piece, Revagupthi, is a pentatonic morning salutation that allows interlocutors to discover each other. It continues with an invitation to walk together, around Nakshathram and Masala, where Jean du Voyage finds his faithful collaborator Pierre Harmegnies, before closing on Charukesi, a song of worship and spiritual elevation. Even more than Mantra, the Namaskar EP is the record of travelers in exile who talk about the country by reproducing sounds and lights.
The result is as beautiful as a poem by Chaucer, disc-world and disc-universe written in an imaginary native language that brings people together beyond their origins and their history.

Banzaï Lab is a record label based in France.

Bandcamp Daily  your guide to the world of Bandcamp